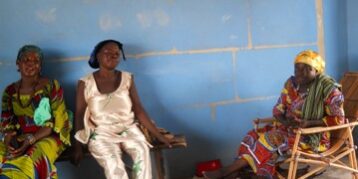 bewdaBelim Wusa Development Agency (BEWDA) was established in 1999 in Bawku in the Upper East Region of Ghana. Its focal areas include promoting basic education, sustainable agriculture, women in governance and inter communal peace. It does this through advocacy, community empowerment and sensitization. The beneficiaries of its programmes/projects include children, farmers, livestock keepers, orphans, and people with disabilities, rural population and the youth.

BEWDA envisages a society in which communities are living in peace and the poor are exercising their rights and responsibilities. In the pursuance of this vision, it seeks to empower communities members especially children and women to enable them demand their rights to meet their developmental challenges from the appropriate institutions including family, traditional and public institutions.

BEWDA’s activities have brought about improvement of women’s participation and inclusion in development process. Rural folks and communities within its catchment area have increased their activism in demanding for their rights. In the area of agriculture, it has helped improve food securities in households while improving access to quality basic education in these communities.

The project by BEWDA under Mwananchi seeks to address one of the primary sensitive and controversial cultural arrangement which affects the very fabric of live of every society i.e. dowry for marriage.  It seeks to pursue an agenda that will bring down payment of the dowry by 50%. Additionally, it seeks to influence traditional authorities to support the amendments or abolishing of socio cultural practices that are generally deemed to be negative and infringe on the rights of women and children. Working closely with the local government authorities (District Assemblies) BEWDA will continue initiating the process to enact and enforce bye-laws that respect, protect and promote the rights of women. The overall expectation is to create a platform for community, including women, girls and the youth, to participate in dialogues on key developmental issues which include the huge sum required as bride prices from families.

The project targeted poor and illiterate women and girls. The project was carried out in the Bawku Municipality.

Phase I has ended and Phase II has been initiated. The project succeeded in bringing together community members, traditional leaders, community leaders and family heads to dialogue on the issue. In the end, a consensus was reached that, this is indeed a big hindrance to community development and immediate steps needs to be taken to correct the practice.  A resolution was developed by Bawku Traditional Council to facilitate wider support for the project within the Upper East Region. Through the project, important state actors including the District Assemblies and the Department of Social Welfare participated and expressed interest in the project. Victims of the practice lent their support to the project translating into the showing of interest by the Upper East Regional House of Chiefs.

The project has a much more wider scope since the practice goes beyond the Bawku  in districts such as Bolgatanga Municipality, Bongo District, Talensi-Nabdam District and Kassena-Nankana East District.

Lessons from the first phase indicate that the issue has a much wider scope i.e. beyond the Bawku Traditional Area as the cultural dimensions and systems in four other districts of the Upper East Region are quite similar to that of the people of the Bawku Traditional Area. This was buttressed by a stakeholder engagement involving the Upper East Regional House of Chiefs that proposed an extension and expansion on the project in order to ensure sustainability and achieve wider impact. This therefore means that there is the need for continuation to consolidate the gains made in Phase I.

Phase II of the project seeks to strengthen gender equality and ensure peaceful co-existence among families. It seeks to build on the efforts made in Phase I, by consolidating the gains and taking advantage of the contribution and momentum for change that almost all stakeholder groups have expressed. The phase II is driven by the following objectives;

To continue the effort to reduce the number of cows from 4 to 2 within the Bawku Traditional Area.