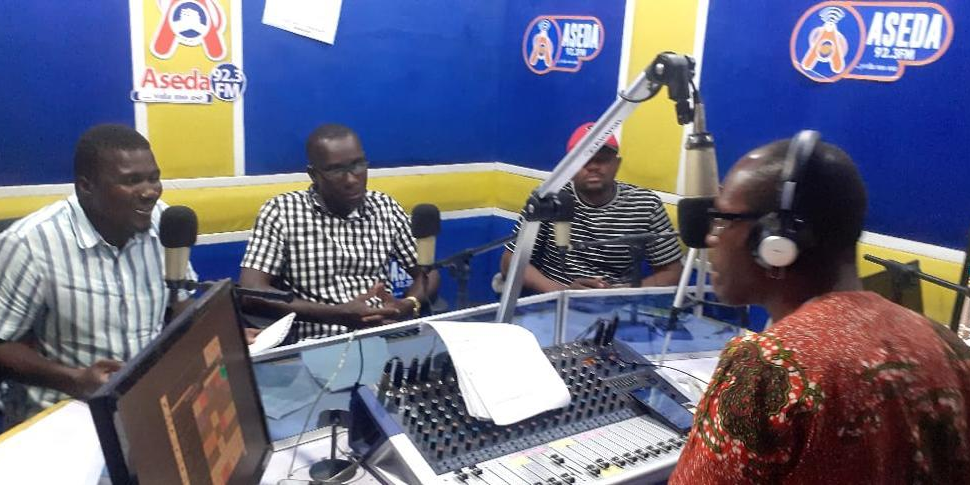 During the quarter under review, the Child Labor Remediation team carried out new activities and managed some ongoing activities. Key amongst them were conducting a needs assessment, distribution of educational materials, community sensitization, procurement and distribution of birth certificates, phonics by phone training, and the formation of VSLA groups.

Over the past three months, the team has been concentrating on community sensitization, monitoring of remediation cases, and the management of the VSLA groups.

The team formed 20 groups across the 6 sectors during the first phase of the project (2021). Currently, all 20 groups are operational. Weekly meetings are held to purchase shares, issue loans, service loans, and to discuss other welfare issues. Sector coordinators participate in these weekly meetings to provide technical support to ensure the effective running of these groups. Data is collected at the meetings and submitted to the VSLA team at PDA.

The program was attended by the Managing Director of PDA, Community Development, Monitoring and Evaluation, and Sustainability staff of Barry Callebaut, the Project Coordinator, all sector coordinators, and three auxiliary team members. The session was also joined virtually by three Barry Callebaut staff from the Ivory Coast.

The team set out to celebrate this day with a series of activities aimed at addressing specific gaps in the child labor eradication process in Ghana. Key stakeholders targeted include children, farmers/parents, teachers, and policymakers. Listed below are the activities carried out:

The meeting with DCEs has been carried out successfully at Adansi Akrofuom District in Bekwai Sector, Bia East District in Kasapin Sector, Bia West in the Juaboso Sector, and Birim Central in the Oda sector. The remaining three districts are scheduled to be carried out before the end of the month. The delay is attributed to the busy schedule of the MCEs/DCEs.

The program was an interaction between case children, farmers, Nyonkopa staff, and heads of key district assembly sub-units. Below are pictures of the events in the 3 districts.

The meeting also offered the team the opportunity to talk about collaboration with the District Assemblies.

Additionally, as part of the meeting, the Child Labor Campaign message around the theme for the 2022 celebration “Universal Social Protection” was read to the DCEs on behalf of all children in the district. The message touched on some of the government’s social protection policies that benefit children directly and how their current challenges are impacting the well-being of children.

After the meeting, the messages were handed over to the respective Chief Executives to be forwarded to duty bearers. The respective DCEs have promised to get the message across to the President of the Republic.

A school-level sensitization program was successfully carried out in 30 out of 35 targeted schools. The five remaining schools are pending because the District Education Director of Birim Central in the Oda Sector is yet to grant permission for the team to visit the schools. Below are some of the pictures of the events at the school level.

The outcome of the school-level sensitization has been very impressive. During the interaction with the children, it was observed that these children still subscribe to certain myths about child labor. The Sector Coordinators used the period to correct this misinformation among the children.

At the end of the exercise, the team projects to reach more than five thousand (5000) children between the ages of 10 – 15 years across the 6 project sectors.

Cocoa farmers who are our primary target are currently in the main crop season. This is the period where farmers spend the greater part of their day tending to their farms and carrying out important activities. As a result, farmers have very limited time to spare during this period. The original plan was to organize a community durbar. However, the limited time constraints resulted in the usage of Community Information Systems (CIS) to reach out to farmers.

The community sensitization drive has so far been carried out in 31 out of 35 communities as of 22nd June 2022. The team used the community information systems available in these   communities to broadcast the message to the community members. The activity was also supported by the representative of Nyonkopa in charge of that community and District Social Welfare Officers.

At the end of the exercise, the team has projected to reach more than eight thousand (8,000) people with our message on child labor across the 6 sectors.

The Radio Sensitization program was carried out on 8 radio stations across the 6 sectors. The participants for each of the radio stations included two case children, two farmers, the District Social Welfare Officer, the PDA sector coordinator, and a representative from Nyonkopa. The time allocated for the program ranged from 30 minutes to 1 hour. In all the radio stations, PDA paid for only 30 minutes of airtime. However, only 2 stations carried out the program in 30min. The remaining 6 stations gave PDA extra time on-air due to the interactiveness of the program, and as part of their contribution to their corporate social responsibility.

To make the program an interactive one, questions and answers were prepared ahead of the program. Participants abreast themselves with the key issues before going on air. On 7 out of the 8 stations, an opportunity was given to listeners to phone-in and share their views.

It is projected that the radio program will reach an estimated fifteen thousand people (15,000) across the 6 sectors.

Invitations were extended to 29 schools to participate in an essay competition. The target was to reach 35 schools. However, 6 schools declined to participate due to an ongoing sporting activity that authorities believed would disrupt their focus. Currently, all 29 schools have submitted their scripts. A total of 147 children submitted their scripts.

The team is collaborating with the Advocacy and Communication Unit who are the official examiners of the competition.

As part of the effort to help VSLA members to make economic use of the loan component available to them, the team is currently exploring other cheaper but economically rewarding ventures which farmers, especially women, can explore to their advantage. Discussions are advanced to train groups in the Juaboso Sector in liquid soap making and plantain stalk mass regeneration. The groups have agreed to fund this training from their social fund.