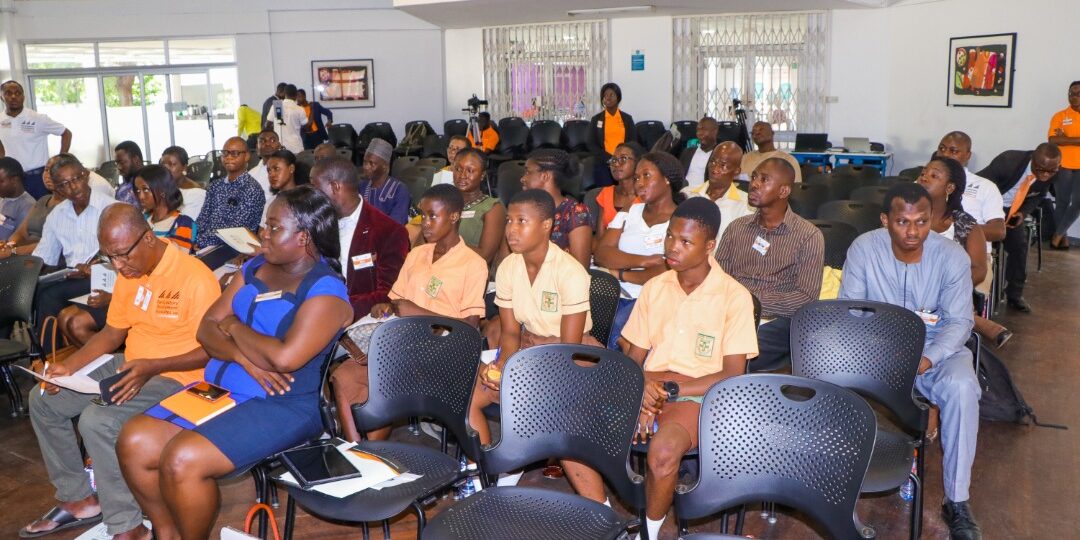 The 3rd Annual Knowledge Sharing Workshop on Child Protection was held on the 26th of November 2019 at the British Council Auditorium in Accra. This workshop was in partnership between Participatory Development Associates (PDA) and the Department of Children under the Ministry of Gender Children and Social Protection. Themed “Protecting the Ghanaian School Child: Improving Effective Partnerships between State and Non-state Actors”, 95 students, state officials, child-care workers, development practitioners working on child rights and protection, and law enforcement officials participated in the event. The objective of the workshop was to bring together key stakeholders to discuss issues of child protection in schools, unpack government and private sector initiatives to safeguard school children, highlight milestones, identify challenges and explore avenues for reform.

The one-day workshop featured three presentations, a panel discussion, the premier of a child abuse documentary and a marketplace session. In the introductory session, welcome remarks were given by Edem Agbe, Managing Director of PDA. Mr Agbe, in giving the welcome address called on all stakeholders to prioritize issues of child protection within the school setting through advocacy and evidence-based policies. This was followed by a keynote address delivered by Mr Mawutor Ablor the Director of Policy at the Ministry of Gender Children and Social Protection (MOGCSP). On his part, Mr Ablor noted that the strides made by Ghana in protecting children in schools were due to effective collaboration between state and non- state actors. He however admitted that there was much work to do in sensitizing children on their rights and the available avenues for reporting abuse cases. Brief statements were also delivered by the Director for the Guidance and Counselling Unit, Madam Ivy Kumi, and the Director for the Girl-Child Education Unit both of GES, Madam Benedicta Tenni Seidu.

Presentations and Discussions on Child Protection in Ghana.

The first session featured two presentations and a panel discussion. The first presentation, An Overview of Child Protection in Ghana, was delivered by the Department of Children. The second presentation, A Spotlight on The PDA Child Abuse Tracker, was delivered by Raymond Hodor of PDA. Following the presentations, a panel discussion on child protection in schools was held with Clement Sefa-Nyarko, Research, Evaluation and Learning Manager at PDA, Eric Opoku Bamfo, headmaster of Dodowa Newtown Basic B, Roland Takyi of the GES Guidance and Counselling Unit, and Dorothy Konadu, Retired Educationist and former Education Policy Advisor at Action-aid Ghana as discussants. The panel discussion was facilitated by Mohammed Zayan Imoro of PDA. During the session, the following action points were decided based on the observations made:

I. The Re-entry program being operationalized by the Girl-Child Education Unit of GES was lauded by participants as a very good initiative that could reduce the high drop-out rates resulting from teenage pregnancy. However, they observed that many across the country are unaware of the program and that more needed to be done to raise awareness and to ensure teenage mothers return to school. It was decided that the publicity of the initiative has to be intensified. CSOs, NGOs, private sector organizations and government agencies working on child rights and protection issues need to make more platforms such as the Knowledge Sharing Workshop available for the Girl-Child Education Unit for this purpose.

II. Comprehensive Sexuality Education was acknowledged as controversial and sensitive but that there should be more honest public discussions around it. Specific areas that require further scrutiny include the type of information on sexuality that is age-appropriate and the proportion of this education that should be furnished by parents and teachers. There was some consensus that one of the first steps towards addressing the high levels of sexual abuse is sensitization and raising children’s awareness of their bodies, including the understanding of what does or does not constitutes inappropriate conduct and abuse.

IV. Participants recognised the pivotal role communities play in protecting children both in and out of schools. They noted that efforts needed to be put in place by the school authorities and community leaders to involve community members in protecting children through sensitization, awareness creation and capacity building. As a community-based school governance body, the School Management Committees (SMCs) were identified as a vessel through which community involvement in promoting child rights and protection in schools could be nurtured.

V. Participants decried the daily collection of GHC1 from pupils as extra classes fees. Although prohibited by GES, many public schools organize extra classes in the mornings before school sessions begin at a fee. Others organise theirs after school hours. This was noted as a clear violation of a directive from GES. GES officials noted that over seventy school heads had been demoted for this reason. Participants concluded that parents, teachers, students and community members should directly report any such incidents still occurring to the GES national, regional and district offices for direct action to be taking on the officials responsible.

They also noted that the Conference of Heads of Basic Schools needed to take a decisive stand for their members to end the collection of GHC 1 as extra classes levy. vi. Many public schools do not have changing rooms for students. This is particularly concerning for those participating in sporting activities and for girls who require this during menarche. In some schools that do, it was observed that the changing rooms were in the offices of the headteachers, making it uncomfortable for some students to change. Based on this, participants agreed that the National Inspectorate Board of the Ministry of Education should assess the availability of changing rooms in all public basic schools across the country.

The Ministry of Education should also begin active steps to provide changing PAGE 5 facilities for the schools that are ill-equipped. They noted that this issue was critical in addressing sexual harassment and truancy of girls in public schools. vii. Corporal punishment is still practised in many public schools, despite its prohibition by the Justice for Children Policy and advocacy through the Safe Schools Program. Participants agreed that in addition to enforcement, teachers need to be sensitized on effective alternative methods of discipline and both government and the private sector can play a role in this regard. Additionally, teachers, parents and community members should directly report cases of corporal punishment to either the police or the officials at the Ghana Education Service. Participants also advocated that sensitization on corporal punishment needs to go beyond schools into homes and communities for effective compliance.

The Video Documentary on Juvenile Justice and Rehabilitation

The second session premiered a short child abuse documentary titled: Securing Justice and Rehabilitation; Why Many Child Abuse Cases Remain Unreported. The objective of the documentary is to throw more light on why child abuse cases are not reported, as well as generate conversations to understand the processes and institutions working to ensure justice and rehabilitation and to explore avenues to improve these processes.

Participants made the following observations from the documentary:

Following the documentary, a marketplace where private organizations and government agencies showcased their projects and initiatives on child welfare and protection in schools was held. Government agencies that showcased current initiatives on child protection in schools included the Department of Children, Department of Community Development Guidance and Counselling, Girl-Child Education, Special Education and the School Health Education Programme Units of the Ghana Education Service. Child Online Africa and Sabre Education, two NGOs working in the child protection space, also showcased their work. On this note, participants expressed their appreciation to PDA for providing such a platform for stakeholders to deliberate on pertinent issues of child protection, specifically in schools, and were optimistic that policymakers and others concerned would act on the recommendations proffered to ensure school environments are safer for children.