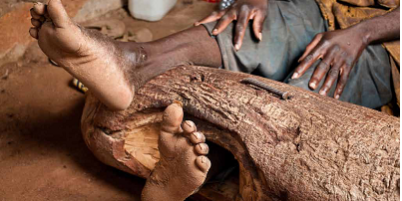 Basic Needs is an International development advocacy organization with presence in Ghana, India, Sri Lanka and Uganda. It was established in 1999 by Chris Underhill with funding from Andrews Charitable Trust and the Joel Joffe Charitable Trust. It works to bring about a lasting change in the lives of mentally ill people around the world. For BasicNeeds mental health is a right, not a privilege and it view mental illness as “a world of poverty, stigma and isolation”.

In Ghana, Basic Needs works in four administrative regions, namely, Upper East, Upper west, Northern and Greater Accra Regions. It works in the rural areas within these regions since accessibility to health facilities in these areas is limited or non-existent especially for mental health problems. There are four psychiatric hospitals in the country and a ratio of only one psychiatrist for every one million people in a country.

Using a community based approach through the Model for Mental Health and Development; mentally ill people are treated within their communities. Mentally cured people are supported to embark on income earning activities to make them productive while working to drive away stigma and the abuse suffered by such people.

Overview of the Project Under Mwananchi – ‘Ghana: A Picture of Mental Health’

BasicNeeds undertook a 9-day field photo shooting exercise in 11 districts in 5 administrative regions of the country. Three districts were visited in Northern and Upper West Regions, two districts in Upper East and Greater Accra Regions and one district in the Central Region. This study resulted in the publication of 1000 copies of a photo book. The book has been launched. In addition, 19 exhibition photo frames were printed.

The success of the project of beneficiaries has been increased awareness and knowledge on citizens, policy makers and elected representatives. The book and advocacy campaign has helped in strengthening the activities of the already existing Self-Help Groups

A participatory review session was organized in Bolgatanga to assess how SHGs in the Bolgatanga municipality were using or planning to use the documentary photo book and to document emerging key lessons from the use of the book. Furthermore it constructed on significant change story of Francis Kuubilla Pii, from Asonge, near Bolgatanga.

The phase II of Basic Needs continuation of the Mwananchi project is a build up on the phase I. During the phase I, among other achievements, basic needs successfully launched and published a photo book with the aim of influencing mental health policy in Ghana. Phase II therefore seeks to strengthen the capacity of people with mental illness or epilepsy to live and work successfully in a conducive environment devoid of stigma and discrimination. Through self help groups of people with mental illness and all key stakeholders, Basic Need will seek to influence health and local government authorities to make health development policy decisions that are inclusive of the needs and rights of the poor people with mental illness and epilepsy, their caretakers and families. Also through public awareness and education, it will seek to increase sensitization on stigma and discrimination against people with mental disability and epilepsy.